WSLg includes Wayland, the successor to X11, a graphical environment for Linux. You can read the latest at https://github.com/microsoft/wslg. WSLg is available in Windows 11 and is preferable to WSL2 for Photino work as it doesn't require any 3rd party software or configuration.

Yes, you can test your Photino applications in Windows Subsystem for Linux (WSL2)! We've tested with WSL2 and Ubuntu 20.04. While we don't officially support running Photino Linux apps in WSL2, we recognize that it is useful for testing and demos. It does require a little configuration however, because WSL does not have a graphical UI. To compensate, Linux has the X Window System, sometimes referred to as X11 or just X which provides for basic GUI functions. We've tested with an X Windows System for Windows named VcXsrv which can be found on SourceForge.

VcXsrv can be installed with a downloaded installer program obtained from the web page above.

Once VcXsrv server has been installed and run on your Windows machine, you'll see the X Server icon in your system tray. Right-click and choose ‘Show Log’. The last few lines of the log should look something like this:

From the context menu of the system tray icon, there is an Applications submenu from which you can launch xcalc, xclock, and xwininfo; these Linux programs display their GUIs on your Windows desktop.

Set an Environment Variable in Your WSL2 Shell 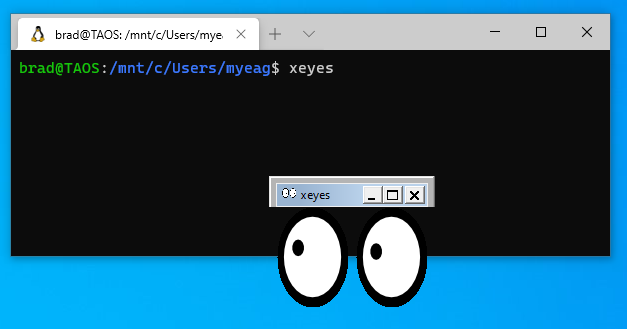 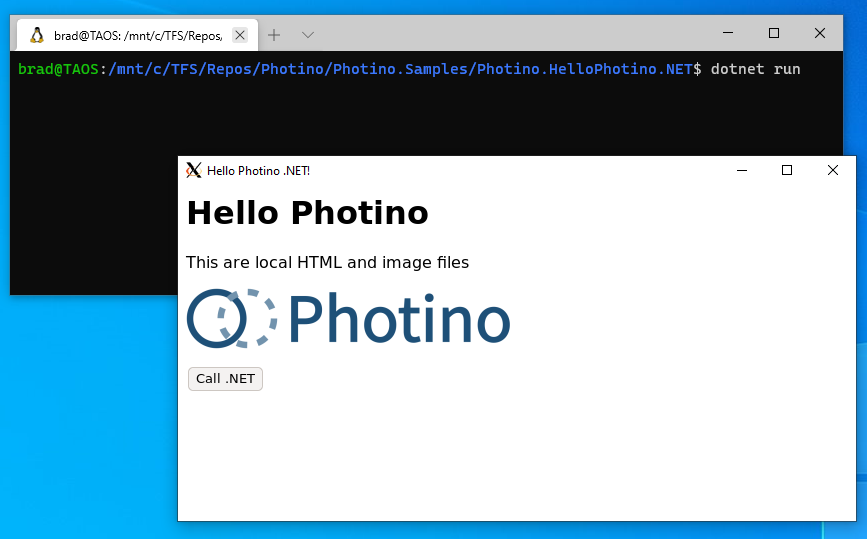